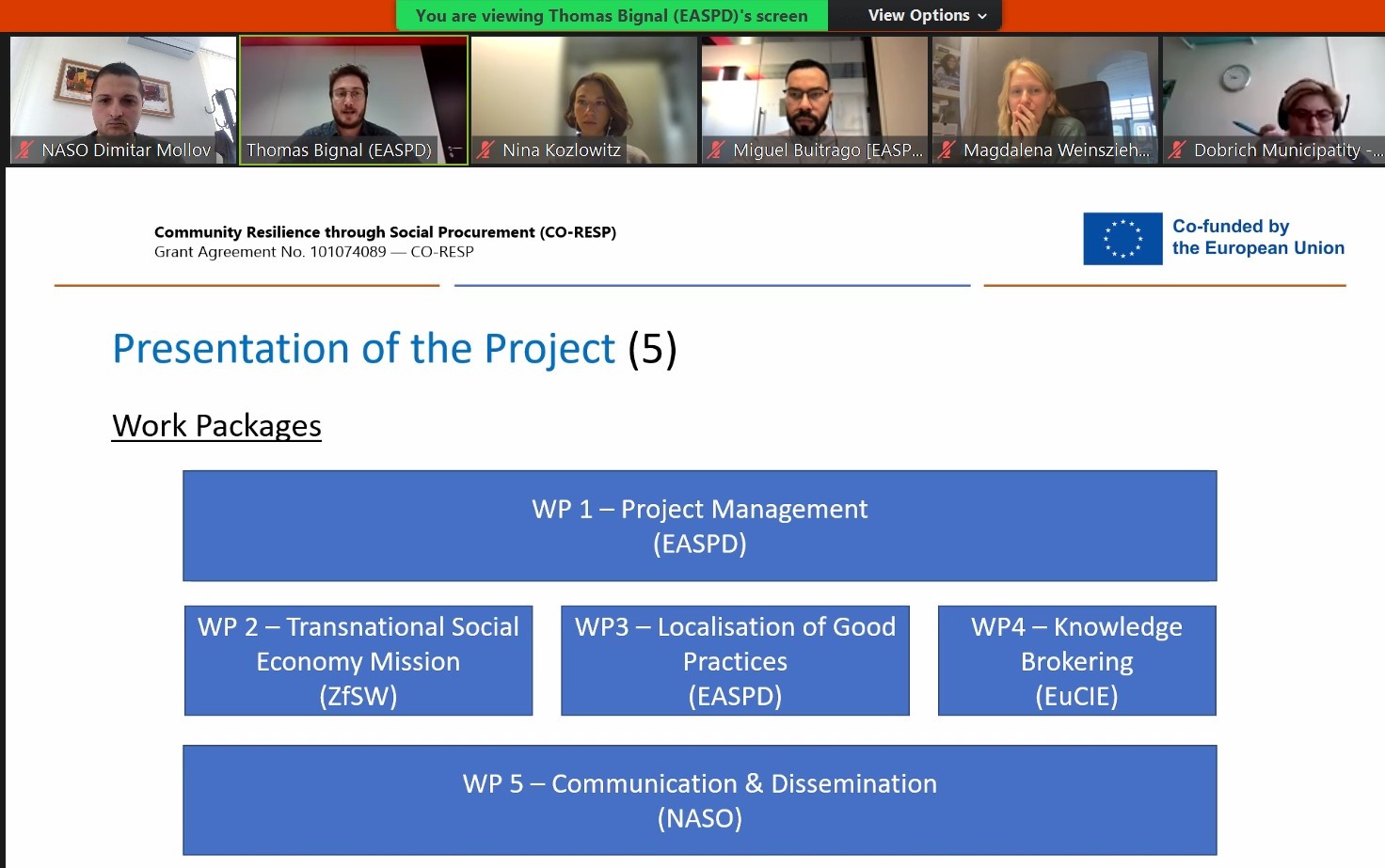 In the beginning of October 2022, the team of NASO had the pleasure to start participating in a new project CO-RESP (COmmunity REsilience through Social Procurement). The CO-RESP project will aim to maximize the use of SRPP (Socially Responsible Public Procurement) by organising a Social Economy Mission (WP2), bringing together all relevant stakeholders, favouring the […] 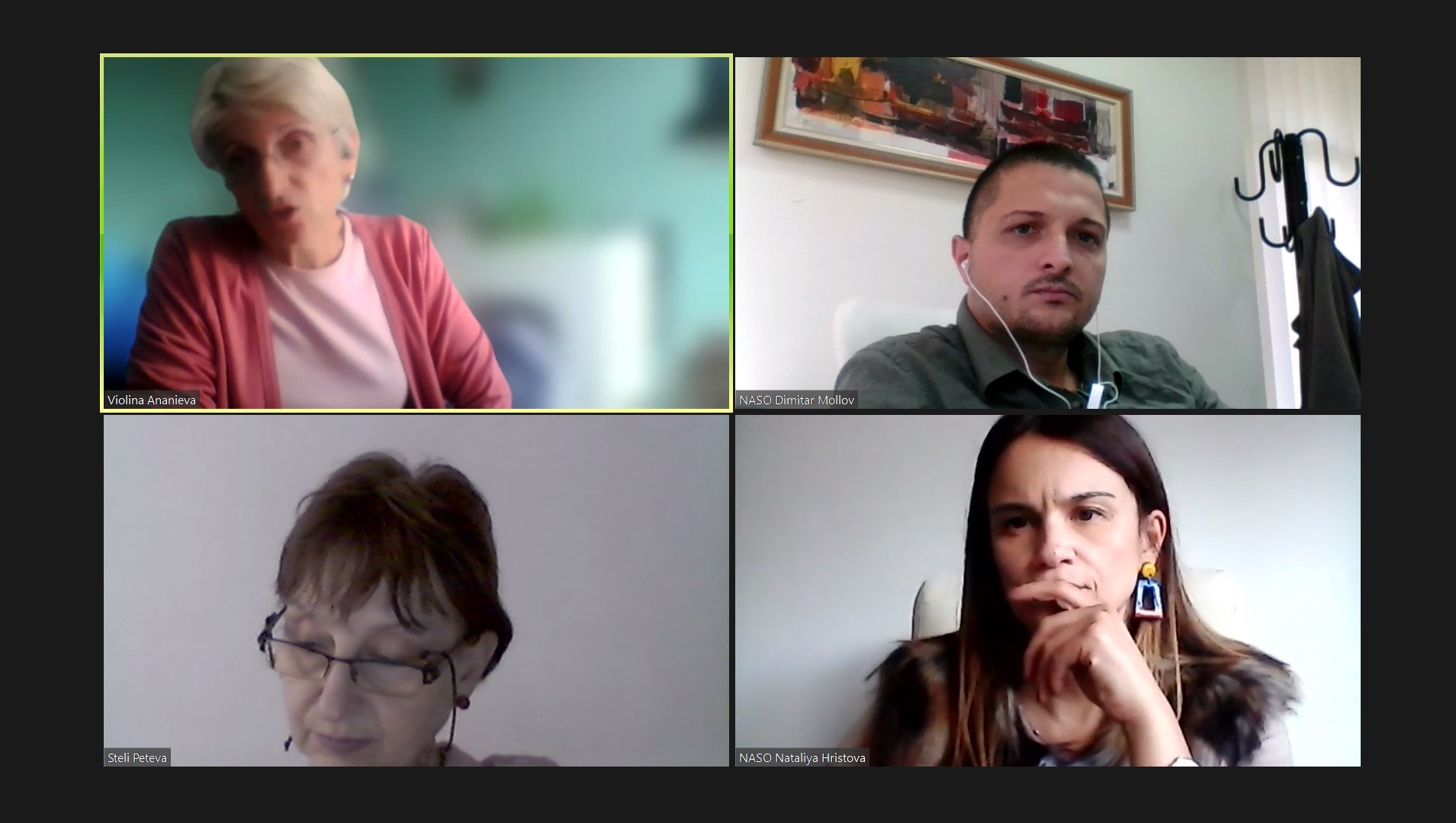 During the past week, NASO’s team participated in a joint online meeting with our partners from ASSP (Association of the Social Service Providers). Both NASO and ASSP were asked to assist with carrying out an extensive research on the HELPDESK project which is coordinated by EASPD and aims to help social service providers gain better […]

NASO’s team had the pleasure to take part in the meeting organized for the Мembers of Employment Forum on the 20th of September, 2022. During the event important topics in the field of sheltered employment were touched upon and discussed, such as case studies and researches. A new project that was launched within the framework […]

On September 9th, the team of NASO had the pleasure of participating in the EASPD webinar on “European Care Strategy”. During the nearly two-hour discussion, the factors leading to the need for a clear formulation of a common European strategy were discussed, with a focus on the care of all affected parties – people in […]

To all EASPD members

To all EASPD members, Dear colleagues, partners and friends from EASPD and Europe, At the traditional National Forum held a few days ago, we celebrated 25 years since the beginning of our work with Vision and NASO in Bulgaria. Twenty years of them have been marked by an active partnership with EASPD and all of […] 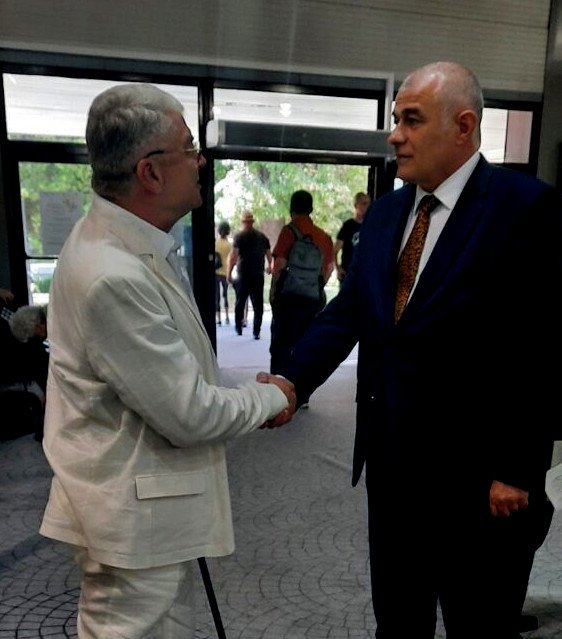 As a member of the organizing committee and at the invitation of the MLSP, National alliance for social responsibility participates in the Tenth European Forum of Solidarity and Social Economy. In the short meetings with representatives of the MLSP management the connection was made between the previously held National Forum in Varna, the European Forum in […]

SAS – meeting of the project partners in Bulgaria

As part of the annual event organized by the team of NASO – National Forum 2022, a transnational meeting of the SAS project was held. Representatives of all project partner countries – France, Bulgaria, Norway, Italy, Spain, Greece and Belgium were present. The transnational meeting was an excellent opportunity to discuss current and future activities […]

16. 03. 22 NASO is starting work on the SaS – LADAPT project in partnership with a number of European Union countries – EPR (Belgium), FONIX (Norway), SPIR OSLO (Norway), THEOTOKOS (Greece), INTRAS (Spain), DIVALENZA (Italy) and others. One of the main priorities of the project is the creation of supportive employment, professional integration and […]

EASPD webinar on the EU strategy on social entrepreneurship

On February 2, a representative of NASO participated in a webinar “EASPD Policy Cafe on the EU Action Plan on Social Economy” during which the European Union’s strategy on social entrepreneurship and social service institutions was presented. The legal frameworks in the social economy of the different member states were discussed – challenges and trends […]

Meeting with the Minister of Social Policy Georgi Gokov