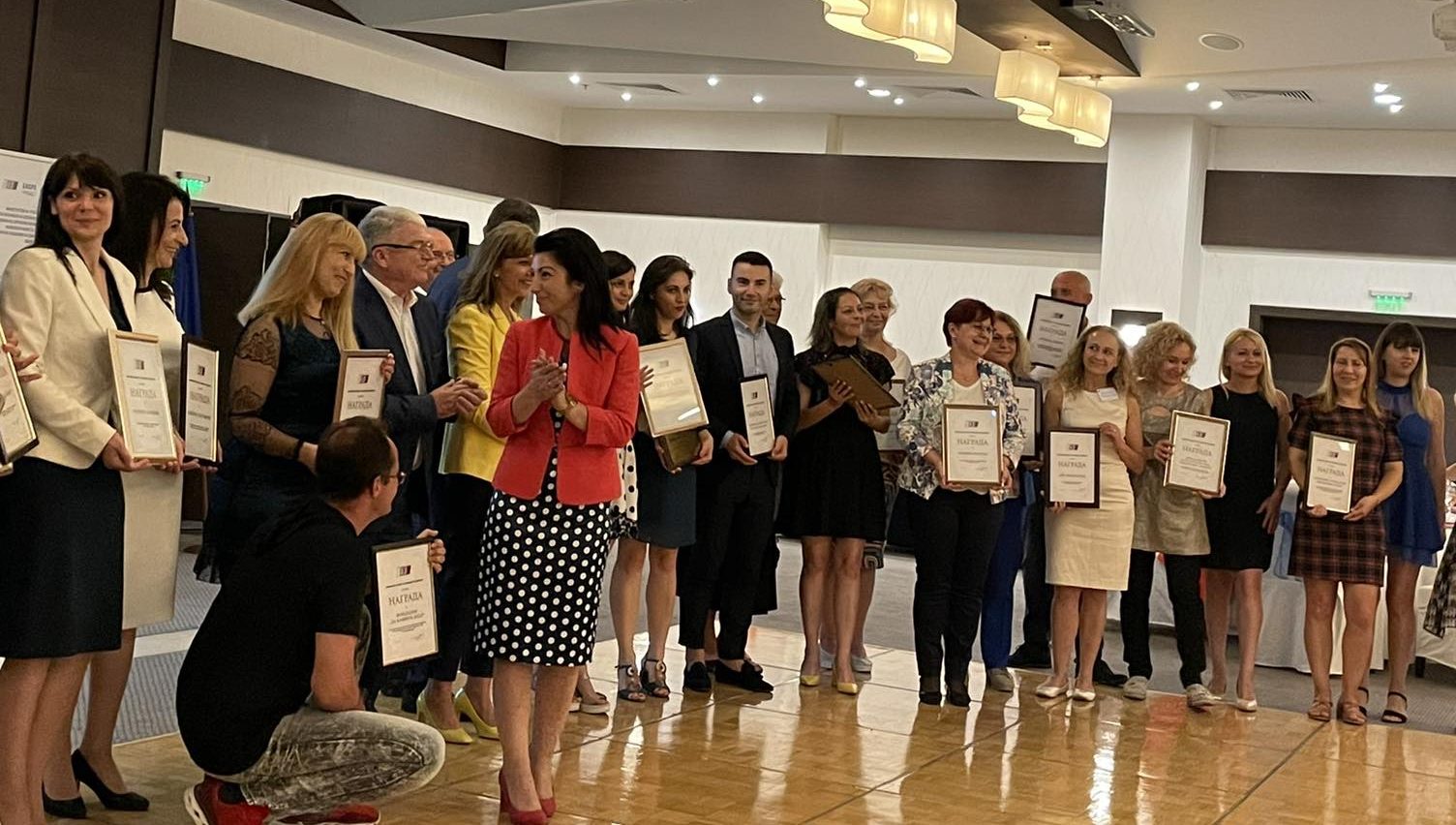 The NASO Awards were given to the honoured municipalities by Ms Nadia Klisurska, Deputy Minister of Labour and Social Policy.

The NASO Awards in the NGOs category were given to:

The NASO Awards in the Social Services category were given to

The awards were given by EASPD Secretary General Luk Zelderloo.

At the gala ceremony Luk Zelderloo, Secretary General of the European Association of Service Providers for Persons with Disabilities, was awarded for significant contribution and excellence in social policies development at European level. NASO awarded him the title ‘Ambassador for Partnership and Success’. The NASO Board first decided on bestowing this title on successful and inspiring personalities from Bulgaria and Europe.

Dr Milen Vrabevski, founder and chair of the Bulgarian Memory Foundation, was also honoured with the title ‘Ambassador for Partnership and Success’.

EASPD Secretary General Luk Zelderloo ended his participation in the National Forum with a strong emotional message of unity and belief in success: ‘Social services in Bulgaria must speak with one voice, a powerful voice! You must find a way to implement the new legal framework for social services in...

The NASO Awards were given to the honoured municipalities by Ms Nadia Klisurska, Deputy Minister of Labour and Social Policy. The NASO Awards in the NGOs category were given to: For Our Children Foundation for achieving excellence in career development and providing better working conditions for specialists; ‘Future for Children’...

The long-awaited national meeting of social services was held on 25 June, arousing a great interest. A topic for discussion was ‘Social services during the COVID-19 pandemic, new laws and regulations’, and comments and presentations on key issues were given by Deputy Minister of Labour and Social Policy Nadia Klisurska,...

National Alliance for Social Responsibility in partnership with the Ministry of Labour and Social Policy, the European Association of Service Providers for People with Disabilities, the National Association of Municipalities in the Republic of Bulgaria and the Municipality of Varna invites you to participate in NATIONAL  FORUM „SOCIAL SERVICES, SOCIAL...

20.05.21 NASO took part in an online discussion Policy Café, organized by the European Association of Disability Service Providers (EASPD), which took place on 20 May. The event is on the occasion of the European Commission's initiative to set up an Assistance Office to help social services access the European...

National meeting of the Agency for Quality of Social Services

On May 7, NASO and a very large number of members of the organization external providers of social services actively participated in the National Meeting of the Agency for Quality of Social Services. The topic of the meeting and discussion was the issues related to the licensing of external social...